These days new players usually get lost without any idea on what's being expected from them in terms of playing a role, and it's an unfortunate omission for an RPG. 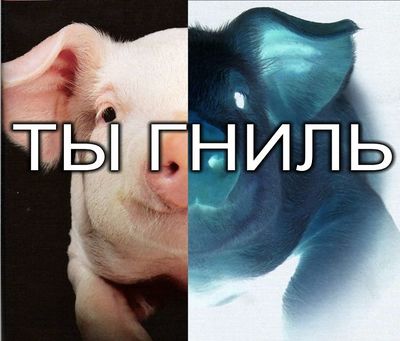 You're experiencing a story of a sinister fortress on a dying planet. The scenery is carefully built to convey the proper gloomy experience, but this is only half the recipe. Actors bear no less responsibility. Their acting task is to present ominous natives of Ravenheart. It's inhabitants are far from being kind, they are liars and scumbags, they betray their friends, stab allies in the back and giggle at other people's tragedies.

This article is just a recommendation and is a foundation that a beginner will master before moving on to other roles. An experienced player has his head on his shoulders, and does not need these tips, and sometimes plays in spite of them.

Quality and integrity of roleplay, and not its freedom, is an important part of the game. Boundaries that are present here should chop off all the undue options.

Although even the “good” characters with an iron code of honor can enrich the story, they too can be played in the way that fits the gloomy and tragical mood of the game.

When deciding to play as an honest, kind, sweet character, make sure that you compensate for it with some flaw or other conflict-inducing detail - so that it is interesting to play both with you, and to you.

Start by setting a goal. Let your character want something. Get rich, take revenge, accomplish a feat? Or maybe start a gem smuggling business from the prison, or get some approval from a grumpy wife? It's up to you: choose a goal for your liking and strive for it. Make plans and be sure to lure other characters into them.

Most Evergreen residents are nasty. For example, a character may be grouchy, paranoid or hysterical; he may be a coward, or a manipulator, he may derive pleasure from verbally dominating and hurting others with words. Avoid trying to imitate fictional heroes: there are no heroes here. Instead, remember the most unpleasant people that you met in your real life, and use them as a model for your character.

It is useful to take notes on goals and characters before the party. For example, "A cowardly baron, in vain he hides his fearfulness and tries to prove his courage. He desires to achieve respect from his subjects at all costs." Just imagine how many stupid things this lord will do!

If your behavior and manner of communication does not provoke tense, emotional situations, then something is being done wrong, and you run into risk of getting bored over time, fading into polite routine.

The player is expected to create conflicts and resolve them in an interesting way. Conflicts take many forms from a theological argument to denial of service, from open suspicion to envy of another character. Any character can find a reason for conflict, because violence is not necessarily a part of it. Do not rush to resolve the situation - the longer the escalation of the quarrel takes, the more pleasure both parties will receive.

Example: a migrant healer arrived to the fortress. The Esculap feels the threat to his indispensability (and therefore - well-being and life). First, he will hint or send a threat, demanding the migrant to pay a share and obey. Then, if the stranger does not want to bend, let the serpents beat him, take away his tools. This gives enough options for the development of the plot - the victim may turn to the guards, conceive a cunning revenge, escape from the fortress or find powerful allies. Or maybe he will soften the Esculap and become his best assistant!

In any case, it will be more fun than killing him immediately or simply ignoring his existence.

Character templates that match the setting are described here. How to use them? If you didn't come up with a better nature for your character - use those archetypes.

To be a Ruler

(Baron, Count, Bishop, Inquisitor, Captain of the Station, Commandant, etc.) Here, people of power are strict and picky tyrants who wipe their feet on their subjects. Do not spare other characters: for example, if someone of lower position boldly addressed you (“you” instead of “your grace”), and you just ignored it, then this player won't be grateful. He'll instead be disappointed from you taking away his experience of being in a despotical world. This is especially true for warriors (Cerberus or Practicii) with poor discipline. If they dare to argue with you, discuss orders and talk back, you should immediately fire them to the grave and find a replacement.

To be a Servant

Flatter your masters. Slander the other servants and frame them for your every mistake - they will surely do the same. And most importantly - always be by your master's hand and under their feet! Without your efforts, the lord will not be seen as a lord.

To be a Commoner

Simplicity and superstition are your main virtues. But you, of course, consider yourself a smart and infinitely righteous person. Obedience is firmly driven into you by the whip, and you'll gladly kiss the aristocratic heels for the sake of handouts.

When you don’t have your own ideas for the round, it's time to act out gullibility and naivety. What would the world be without simpletons?

To be a Woman

The game is best suited for terrible women - explosive hystericals and bitches with manners of a snake. Use all the men who's interested in you - make them run on small errands, catering to your whims. Be a tyrant for your children - or crush them with excessive care. Other women, even if they're friendly, are your rivals, presumptuous beauties who need their wings to be cut off... with a courtesy mask on your face, of course. Lie, manipulate, make scenes, even if there is no reason. Your psychological arsenal must be honed!

To be a Child

Dumb adults don’t know many things. I'm a real knight. And this stick is a sharp, sharp sword for feats! Under the fortress, they say, the dragon lives. Thi-i-s big. I need to collect the other boys and go defeat him! I hope mom doesn't find out...

To be an Cosmonaut

The necessity of conflicts to treat routine fully applies to OS13. And it is often neglected there, plunging the station into mechanical boredom. Don't focus on your character "winning" or surviving the story. Imagine all hundreds of shifts side by side with these incompetent idiots. You have been betrayed! Your station... your whole life is destroyed. Suspect and dig, and quarrel. It is you who will find who's responsible. Yes... The one who annoys you the most IS the traitor! When events begin to drive you crazy, do not suppress a nervous breakdown.

Having met the Antagonist, do not rush to defeat him, play with him! If you are a perfectionist and legalist, and the triumph of justice is important to you, arrange an investigation. Put sticks in the wheels of the villain, watch him, catch him and arrange a people's court.

This way you have a better chance of losing, but does success bring joy in this game? Remember the rounds where nothing happens for an hour, because the players professionally killed all the villains at the very beginning. Remember and remind yourself: the only victory here is a grand defeat.

"Jester is a vampire!"

"Let's step aside, away from excess ears ... I want to share my suspicions about the jester Daniel. He looks very strange lately, don’t you think?"

The inhabitants of the fortress have known each other for a long time. Therefore, you know what to expect from the character by remembering the experience of past rounds (although these events are just nightmares) with this player.

Example: if the Inquisitor asks you to tell about suspicious people, feel free to name the characters who play Thanati too often.

This knowledge will also help you to make a decision to kill. Having noticed a passive player (who doesn't play a character, isn't interested in the social part of the game, and only cares about combat or romance, or earning CHR), you can kill his characters with a clear conscience when they stand between you and your goal, or if the situation demands it, and laugh at their complaints. And vice versa: it’s better to spare an active player by replacing the murder with captivity, court or non-fatal blows, or even give in to him and let him escape. As a last resort, give him a beautiful death!

I Can do no evil

There are types of people that can't become a typical Ravenheart bastard even in this game. If this is about you, do not force yourself - fight evil instead. From denouncing low deeds to challenging a villain to a duel - be the beacon of humanity in this damned place.

Otherwise, a kind character can still be evil... to himself. He can harm himself with drugs and self-torture, take blame for misdeeds he didn't commit, or stupidly sacrifice his life for others.

One way or another, you'll find your place in this tragedy.