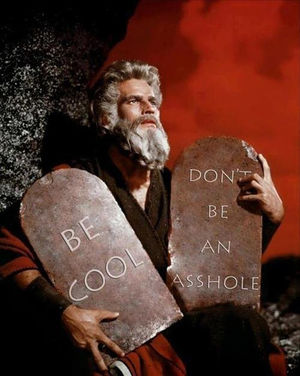 Be cool, not an asshole.

There are no rules, clarifications, exceptions and no team of overseers. Of course, this does not mean full permissiveness.

The game is smart, and is able to repress unwanted players. The reasons for blocking can be as follows: